They say that Argentines are Italians who happen to speak Spanish. 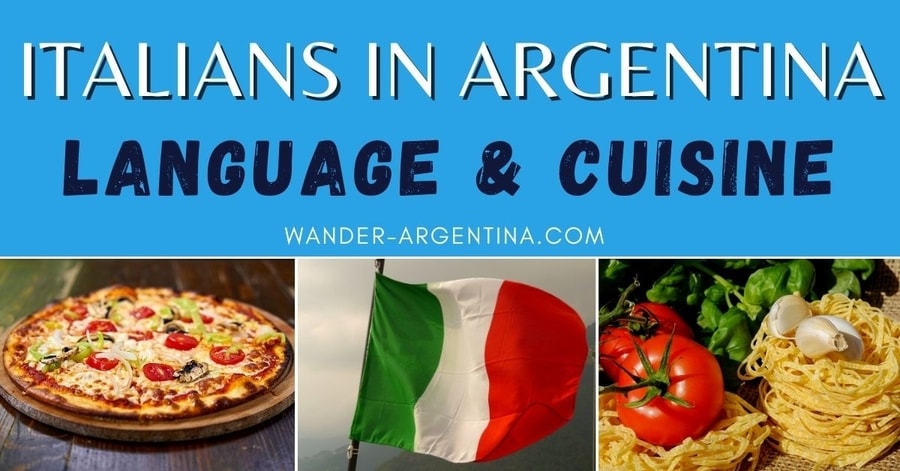 With several waves of immigrants arriving from the boot-shaped nation since Argentina won independence from Spain, it seems every second person here has an Italian surname, and of those who don’t, most will have an uncle or a grandmother hailing from Genoa, Sicily, Friuli or thereabouts.

An estimated 30 million Argentines out of the population of 45 million have at least one Italian ancestor. Visitors will notice the family resemblance as they try to avoid the flailing arms of an animated conversation on any of the narrow sidewalks of downtown Buenos Aires.

These Italian descendants refer to themselves proudly as ‘tanos,’ Lunfardo slang for Italians.

Even Argentina’s beloved Pope Frances’ father was from Italy and he grew up speaking Italian.

Argentina may have been colonized by the Spanish originally, but it is fair to say that the Italians had an equal, if not even greater influence, over many areas of Argentine life, such as politics, food, fashion and language.

Italian speakers in Argentina number about 1.5 million, one of the largest concentrations outside of Italy itself.

Due to the fact that most arriving immigrants spoke regional dialects of Italian and found it just as easy to communicate in Spanish, Italian never truly became the country’s second language.

Instead the local version of Spanish, Castellano, is spoken with a recognizably Italian flair.

Aside from borrowing many words, Argentine Castellano also takes its particular accent and rhythm from several Italian dialects.

There are various examples of slightly bastardized Italian being used in everyday speech, such as the casual goodbye, ‘chau!’ that Argentines use, which is pronounced in the same way as the Italian ‘ciao!’ and has no relation whatsoever to traditional Spanish.

The similarity is particularly apparent in Buenos Aires, and especially in certain neighborhoods of the capital, where Italian communities established themselves in the late 19th and early 20th centuries.

In the portside neighborhood of La Boca, long-time residents use a local slang that borrows heavily from the Genoese dialect, as it was immigrants from Genoa who populated the neighborhood in its formative years. Even the Boca Juniors football team take their colors fomr the

The lower class slang language of Lunfardo, which began as a kind of criminal cipher, is peppered with many words of obvious Italian origin and is now part of the popular vernacular.

Fileteodo artist, Alfredo Genovese is just one of many renowned Argentines who can trace his roots to Italy.

Taste of Italy in Argentina

Argentine cuisine is so deeply inspired by its Italian counterpart that it could almost be described as an offshoot.

There exists a large quantity of excellent regional dishes to be found if you look hard enough, but day-to-day eating and drinking is dominated by a definite Italian flavor in Argentina.

Of course the tendency to drink wine with meals came with the Italians to Argentina. Fernet Branca mixed with Coca Cola, called a fernando, is one of the country’s most popular cocktails. Campari flies off the shelves too.

Pizza is popular worldwide, but in Argentina pizza eating is a national pastime.

Argentina pizza is fairly close to the original Italian version, although it often has a slightly thicker, doughier base, and plenty of cheese.

With pasta, it’s a similar story — whether eating at home or in a restaurant, Italian originals inspire all the standard local dishes.

The most common of these are the basic tuco (tomato sauce flavored with capsicum, basil, garlic, oregano and paprika) and its variations, as well as cream-based pasta sauces with ingredients like mushrooms and bacon.

Another staple in Argentina, the milanesa (breaded veal cutlet) is often assumed by locals to be an original Argentine creation, although it does exist in many parts of the world, including Japan, the US, and the Middle East.

Various theories abound about its origin, although it is likely that it was first prepared in Lombardy, Italy and spread from there.

Although this country may be more famous for its asados, on any given night most Argentine families are more likely to be chowing down on a meal that has its culinary roots in Italy.

→ Continue Reading: Political Leanings like the Tower of Pisa