Buenos Aires is one of the world’s great pizza capitals, at least in the sheer number of 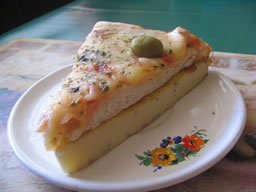 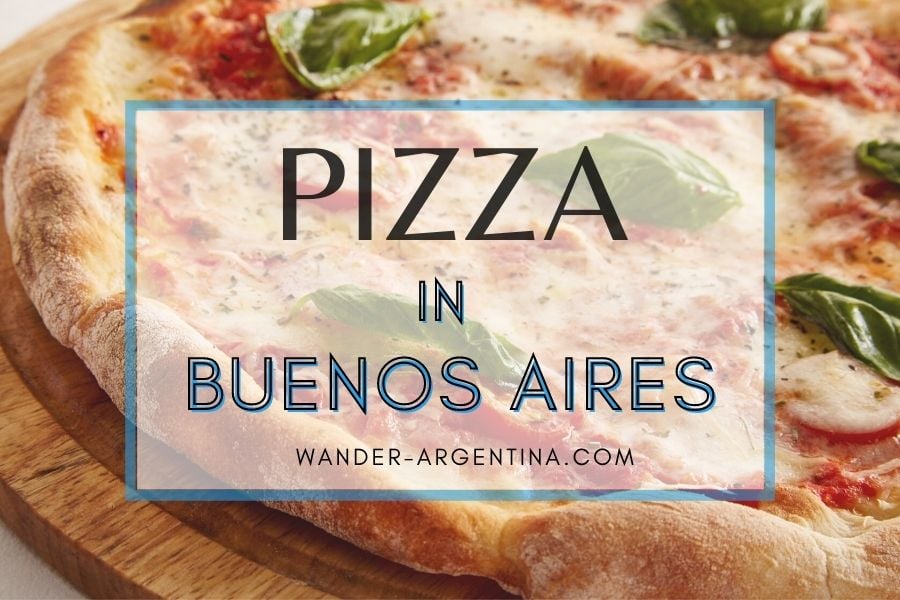 You can’t walk a city block without passing a pizza joint, or at least an eatery that serves pizza among other things (those ‘other things’ usually consisting of empanadas, breaded patties called milanesas, and pastas).

Argentina’s Italian food spin-offs are all no surprise considering the large number of Italian immigrants to Argentina.

Most of the pizza in Buenos Aires is pretty good and that is mostly because it is actually very hard to make a bad pizza.

The BBC reported that a shift is occurring: pizza is overtaking steak as the most popular dish for diners in Argentina.

Authenticity separates a really good pizza joint from the rest. The best pizza should be served in the simple style of the Italian peninsular — a thin, wood-fire cooked base, adorned with extra virgin olive oil and a rich tomato sauce is the starting point.

From there it is simply a matter of adding a couple of high quality, fresh ingredients to make the perfect pizza pie.

No overloading of cheese, not too many toppings, flavored with a little garlic, basil or oregano – simple and delicious. 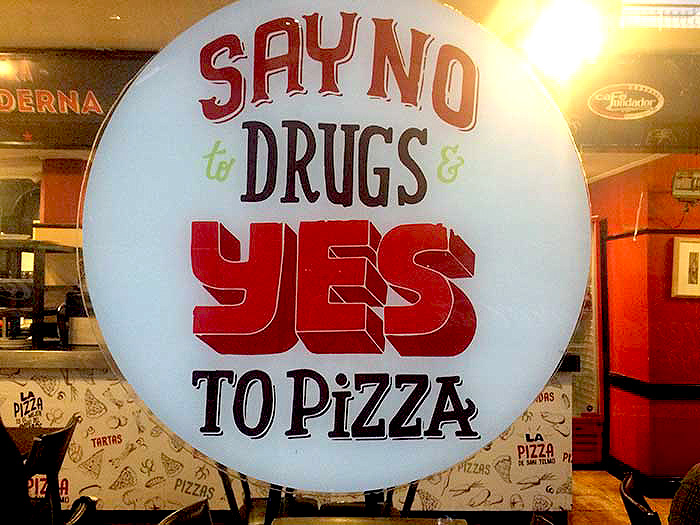 Standard Argentine pizza has a thicker crust than traditional Italian style pizza and includes more cheese. Visitors who don’t like the pizza in Buenos Aires (and there are quite a few) complain about the thick dough, originally meant to fed hungry immigrants and the cheesiness or the quality of the cheese, which can vary widely between establishments.

The old standby is the classic mozzarella, always topped with at least one olive. Other popular pies are the Neapolitan (with tomatoes and garlic) and the Calabrese, protagonized by chorizo (course meat sausage).

One Buenos Aires’ original pie that is sure to bring out one’s inner Diego Maradona is the fugazetta, which includes gooey cheese inside the crust and a generous slathering of caramelized onions and sometimes ham.

The downtown pizzeria, Banchero proclaims itself the originator of the fugazza spin-off. 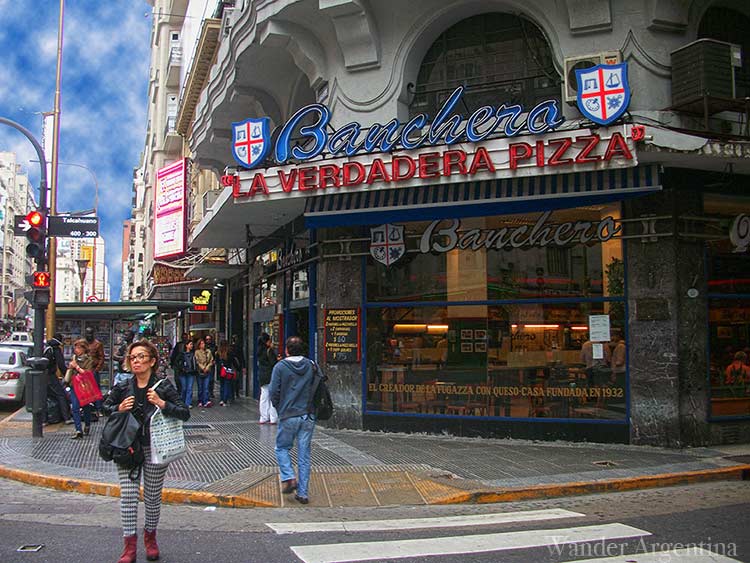 Known as farinata in Italy,  fainá is designed to be doubled up with the pizza for  ‘pizza a caballo,‘ or piggyback pizza.

Argentina’s tiny population of vegetarians love fainá because it’s a healthy way to get some protein with your meal and is yummy enough to eat plain.

Another common accompaniment to pizza in very traditional Buenos Aires pizzerias is moscato,(muscat) a sweet wine. An Argentine classic with which you can’t go wrong is the universal combination, honored in song, ‘moscato-pizza-y-fainá‘.

Opinions on pizza in Argentina run the gamut. Try traditional Argentine-style pizza at long-running Buenos Aires’ pizzerias downtown such as Güerrín, El Cuartito, El Palacio de la Pizza, the aforementioned Banchero to get a baseline for what is considered good Argentine pizza.

For a cheap slice in San Telmo while visiting the San Telmo Fair try the standing-room only Pirillo on Defensa Street.

For a new twist on the old, Güerrin recently added vegan pizza to their menu, after protesters descended on the pizza joint on World Vegan Day.

Vegans will also be interested to know that there is also a small Buenos Aires chain called Pizza Vegan, that makes their pizza dough with potatoes.

The true pizza connoisseur will want a traditional Neapolitan style-pie which can be found at Siamo nel Forno, a favorite with the fashionable Palermo crowd.

Less traditional, but also popular for their pies are Pizza Piola in Recoleta, and the wood fire pizzas at the obnoxiously decorated Filo.

The big winner on the Buenos Aires pizza scene lately is San Paolo Pizzería, which was voted one of the world’s top pizza joints by ‘Italian experts’ this year.

San Paolo Pizzería serves up traditional thin-crust Neapolitan-style pizza that is a bit on the pricey side. They also have a good hard-to-find-in-Buenos-Aires fried calamari appetizer.

Not exactly traditional, but a place called ‘The pizza OTL from the restaurant Hierba Buena has delicious pizzas with sourdough crust that may even be worth the two hour wait for delivery.

Those craving New York style pizza-by-the-slice, with toppings such as pepperoni and portabella mushrooms should head to Hell’s Pizza to try the ‘Obama,’ ‘Jackie Kennedy,’ or the spicy jalapeño-topped ‘Hell’s’ pizza.

Those staying in Belgrano have three good options: Pizzaria La Fina, Teglia in the Belgrano R sector, or Pony Pizza in Belgrano C.

Those traveling with a a family or a group may want a range of different pizzas, in which case Los Maestros is a good bet, with three north-side locations and over 50 varieties of pizza.

→ Hungry in Buenos Aires, looking to learn something new and meet people? Sign up for one of our Buenos Aires Food Tours 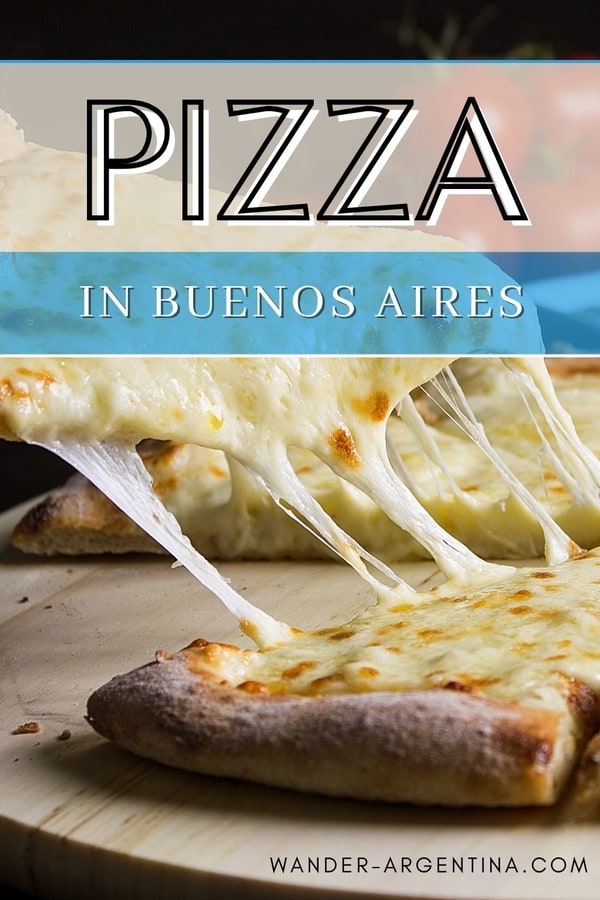 → Culinary Quirks of Argentina: What to Eat, When

→ Check out all the Buenos Aires Food Tours Available