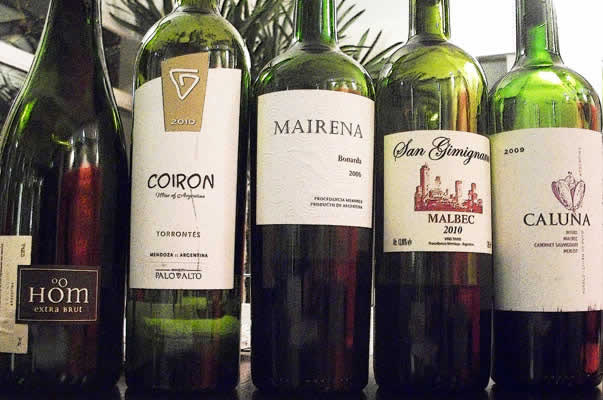 But despite Argentina’s high profile on the global wine market, Buenos Aires has a dearth of quality wine tastings available in English. This is where the American-owned Anuva Wines comes to the rescue for those in search of unique world-class wines at reasonable prices.

⇒ You can also book The Malbec Trail of Palermo wine tour or check out our other food and wine tours.

*You pay the same price when using our affiliate links, while helping us provide free Argentina travel information. ¡Thanks!

Anuva’s founder is wine pioneer, Daniel Karlin, who came to Buenos Aires in 2004 from his native Oregon. Like a story straight out of an Argentine telenovela (soap opera) within 36 hours Karlin met his future wife, and decided to stay in the country renown for its wine and beautiful women.

Karlin and his staff have scoured the hills of Mendoza and other wine producing regions of the north to discover the country’s best boutique wines, many of which are only available in Argentina.

Anuva’s tastings are intimate sit-down affairs held weekly in the Palermo neighborhood. These low-key gatherings allow visitors to try five diverse boutique wine varieties. Each selected wine is carefully paired with an hors d’oeuvre, or tapa, as they are called in Argentina. 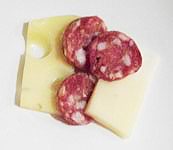 The accompaniments help to bring out the unique qualities of each wine and get any hobby chef’s mind racing for special dinner party ideas.

The tastings start off with a white wine. Featured first is usually an espumante, or sparkling variety such as the crisp, lemony Hom. This extra brut blend of Chardonnay and Chenin Blanc, referred to as their ‘crowd pleaser’ is Anuva’s number one seller.

The second wine will inevitably be a Torrontés, made from the native grape of the same name. After trying a clean, aromatic Torrontés, those who usually reach for the Pinot Grigio or Chardonnay may become avowed converts to Argentina’s signature white.

While only making up about 20% of the white wine sold in Argentina, in recent years Torrontés grapes planted in the dry high altitude Calchaquíes region are resulting in superior Torrontés, such as the 2010 Coiron featured by Anuva. 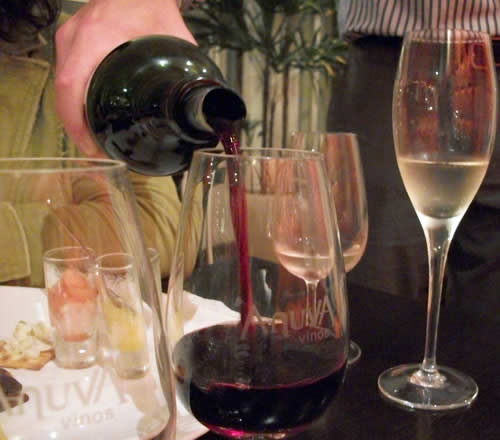 Argentina is famed for its vino tinto or red wine.

A tasting of Argentine wine will always involve a superior Malbec , but the reds featured go way beyond Argentina’s most popular wine.

One lesser-known variety, is the robust and slightly fruity Bonarda, better known to Californian wine drinkers as Charbono..

Delicate blended varieties also make their debut. One outstanding example highlighted is the 2009 Caluna Blend, containing 48% Malbec, 42% Cabernet Sauvignon, and 10% Merlot. This particular wine of which a mere 7,200 bottles were produced, was aged for 14 months in oak barrels.

Book a Tasting in Buenos Aires

Wine tastings in Buenos Aires are appropriate for experienced vino aficionados and those just learning their wine ABC’s – that’s ‘Anything but Chardonnay.’

They are also an excellent primer for those planning to head to Northern Argentina to explore the bodegas in Mendoza.

Hosts are happy to give neophytes wine tasting tips, discuss the basics of Argentine wine production and throw out interesting anecdotes for more experienced connoisseurs.

Tasters can purchase bottles of the featured wines, ranging from a modest US$20-$40, on site.

→ Book a tasting in Buenos Aires, get in touch through our contact form.