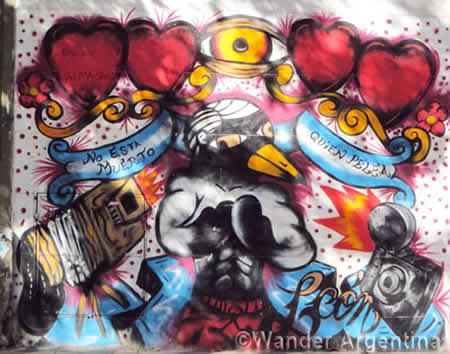 Anyone wanting to explore ‘the real Buenos Aires’ could easily spend a pleasant few hours wandering the streets of Almagro, an underrated middle-class neighborhood in the heart of the city.

Almagro has much more to offer than just afternoon tea though.

A short walk from Las Violetas is the imposing Romanesque revival style Inglesía y Basílica San Carlos Borromeo. Completed in 1878, is considered one of most beautiful churches in Buenos Aires.

While there, stroll Pasaje San Carlos, a charming 50-meter footpath alongside the cathedral.

From there, head to the unimaginatively named square, Plaza Almagro the neighborhood’s only plaza. Here kids giggle on the merry-go-round, old men are engrossed in games of chess on the checkered tables and carnival troupes practice their dancing or drum beats.

On Saturday mornings in the plaza there is a food/second-hand goods market and on Sundays there’s a book fair.

A centerpiece in the plaza plays monument to the Argentine flag and a headstone represents Vicente San Lorenzo, author of the tango song named after the barrio, a favorite of crooner Carlos Gardel. 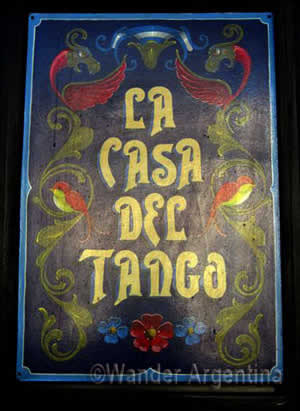 Tango-lovers can dance the night away at the bohemian milonga La Catedral, or head to Lo de Roberto for some cramped authentic warbling. Serious tango aficionados may want to check out the Fundación Casa de Tango, founded by musician, Osvaldo Pugliese, for seminars, classes and shows.

Close to the main square along Acuña de Figeroa is the Almagro flower market, purported to be the largest in Latin America. Argentina is the third biggest consumer of flowers in the world and Almagro’s market moves 400,000 baskets of flowers per year.

The shops are open 24 hours just in case you really need a bunch of roses at four in the morning to apologize for some tango-related disaster. Rumors persist about the availability of illegal substances at the market, which helps to explain how it could be economically feasible to keep a flower stand open all night.

Seasonal party-goers should take note that Almagro has one of the biggest corsos (parades) in the city during February’s carnival season. Head to Corrientes and Medrano to see murga groups dancing, singing and chanting and soak up the party atmosphere.

Though not really a tourist destination Almagro is also home to Latin America’s first library for the blind. Today the library offers an abundance of activities for the seeing-impaired and participates in the Buenos Aires’ largest yearly event, the Feria del Libro.

Another source of neighborhood pride is the famous and the very old school, Almagro Boxing Club. This is the seat of the Argentine Boxing Federation and is where world champion Pedro Decima trained.

Much of Almagro’s pride is wrapped up in the home team, the San Lorenzo soccer club, considered one of the city’s top five teams. The club is currently in a legal battle to try to reclaim their stadium in the area. They say they were forced to sell the stadium during the military dictatorship and are now demanding it back. The problem is there is now a large supermarket on their beloved ground. Club members can be seen protesting about this issue in the center of town.

Subte: Take the B line till Medrano, or the A line until Castro Barros.