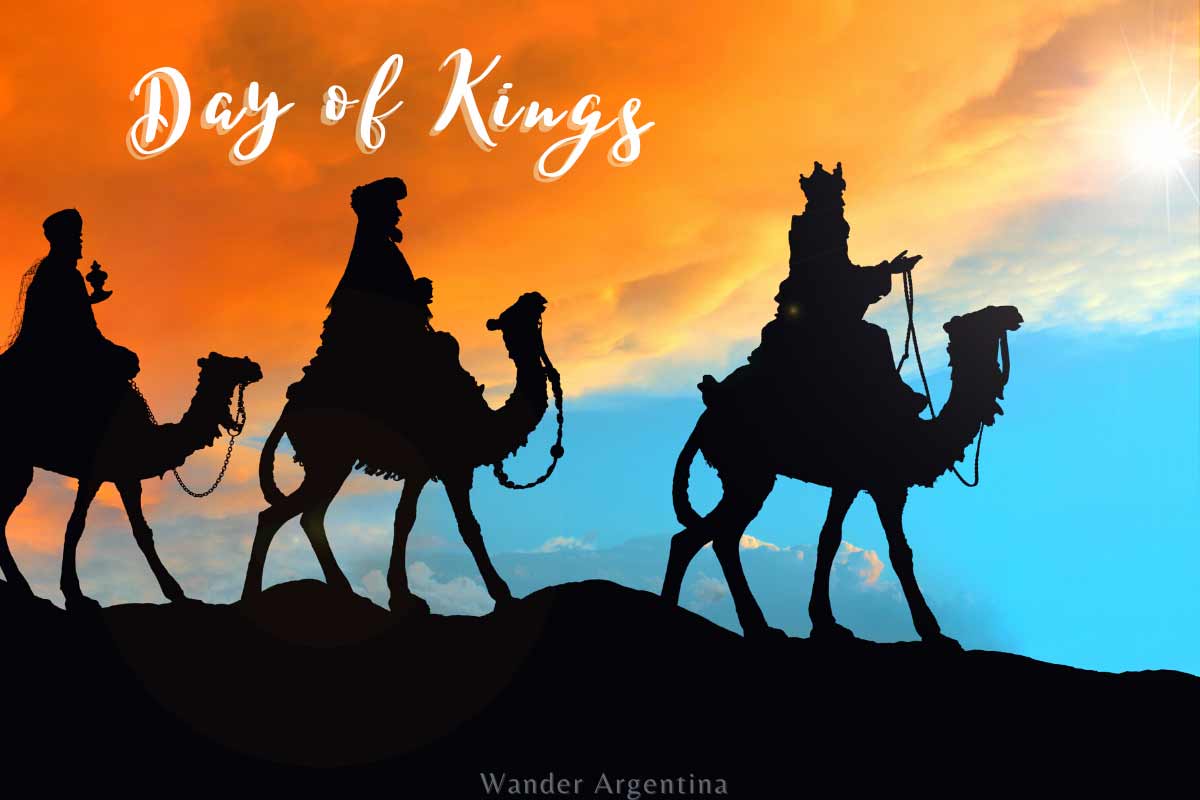 The summer holiday season in Argentina is more about food and fiesta than gift giving, but the kids make out with some good loot on the Day of Kings.

The twelfth day of Christmas marks the day of the Christian Epiphany.

Three Kings Day commemorates the visit of Melchior, Caspar and Balthazar, who followed a star to Bethlehem from the east to bring gifts and celebrate the birth and baptism of Jesus.

In Argentina, the Day of Kings is a public holiday celebrated with religious ceremonies, parades, and sweet treats for kids.

Argentina has carried on Feast Day traditions as its celebrated in Spain, with a few changes.

In Argentina the day is geared toward kids and often less religious in nature compared to the old country.

Argentina’s Catholic tradition dictates that children write a letter to the Three Wise Men (aka Kings of the Orient) with their list of wishes and then leave their shoes under the Christmas Tree, or by the door on the Night of Kings (Noche de Reyes, January 5).

The shoes help the Three Kings determine the age of the child.

They also put out some water and grass for the three kings’ camels before they go to bed.

On the magical morning, children who have been good all year discover that the camels ate their rations and the Three Wise Men left little gifts.

These days the gifts are not gold, frankincense and myrrh, but toys and candy.

In Argentina’s small towns and in the countryside, the festivities may be a more elaborate and include the Parade of Kings, or Cabalgata de los Reyes.

The Three King’s Parade is a recreation of the Wise Men marching through town, with gauchos, or Argentine cowboys, dressed up as the biblical kings.

The procession is typically on horseback in Argentina.

The mounted guachos are accompanied by an entourage of servants, soldiers and other characters who give out toys and candy to the children. Even the horses may have decorative blinkers and harnesses.

In Buenos Aires, older generations will remember taking their letters for the Wise Men to department stores such as Gath & Chaves on Florida Street downtown.

The characters then make their way down Avenida de Mayo to the Plaza de Mayo.

The food most associated with the Day of Kings in Argentina is Rosca de Reyes Magos, a ring-shaped ‘Epiphany cake.’

This moist, delicious cake can be found in the bakeries of Argentina and in home kitchens across the country around these holidays.

Families have their own recipes that may include lemon zest, rum, chocolate chips, dates, cinnamon or cherries in the Day of Feat cake.

According to Catholic tradition, the shape of the cake represents the crowns of the three kings and the infinite love of God.

While in other Latin American countries (and some southern U.S. states) the cake may be topped with a plastic figurine of baby Jesus, the Argentine version of Three Kings Cake is often topped with custard, eggs, candied fruit and sugar.

It may also be filled with jam, pastry creme or this being Argentina, the ever-popular dulce de leche (sweet milk spread).

Braided King Cake (Rosca de Reyes Trenzada) is another option on Feat Day, although it is seen more on Easter. It’s made with dough that is rolled out and braided before cooking, to represent a crown for the Kings. It is topped with ingredients such as candied cherries, almond slices or powered sugar.