Diego Maradona will be remembered as one of the greatest sport legends in Argentina’s history. 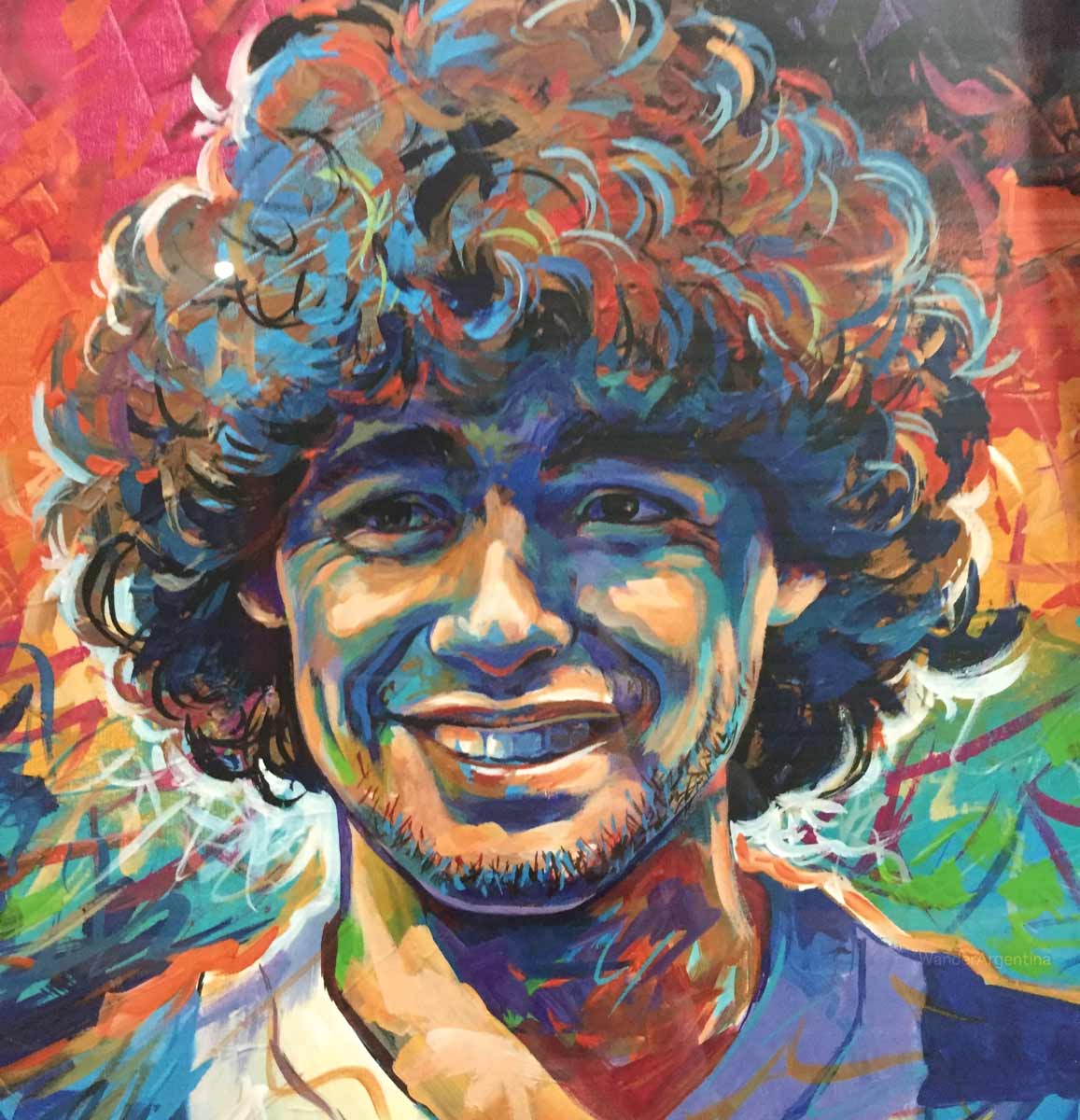 He led a tumultuous personal life with troubled romantic relationships, illegitimate children in various countries and countless trips to rehab.

But adoring fans all over the world prefer to focus on his on-field triumphs, which have led many to consider him the greatest player of all time, and earned him the nickname of ‘God’ in his home country.

Diego Armando Maradona learned to play soccer on the dusty streets of the villa miseria (slum) known as Fiorito.

It was there that, as a slightly tubby ten-year-old, his dazzling ball skills won him a place in the local junior team, a feeder for first division club, Argentinos Juniors.

His prodigious talent meant that it was not too long before people realized that he was something special.

“I looked at his parents, and said ‘He’s strange, right?’ And they looked at me and said, ‘Yep, he’s strange.’”

At the ridiculously young age of 16, Maradona made his debut in the Argentinian top division for Argentinos Juniors.

His star shone brightly for the next five seasons, and he managed to rack up 143 goals. At 20, made a dream move to his favorite club, Boca Juniors with a record four million dollar contract.

He only spent one year in his first stint with the team he is most associated with in Argentina.

He led them to the league title that season, and then the big European clubs came knocking on Maradona’s door.

In 1982, Maradona transferred to Barcelona, of Spain, but he most famously starred in Europe for modest Italian team Napoli, leading them to their only two championships, the Serie A Italian titles in 1986-87 and 1989/90, when he alone scored 16 of the side’s 57.

His status for Napoli fans, and many Italians in general, is on a par with the adoration he receives back in his homeland.

With his personal life spiraling out of control and after a fifteen month ban for cocaine use, Diego eventually returned to Argentina and his beloved Boca Juniors (after one season with Newell’s Old Boys) to play out his remaining years.

His brilliant career was acknowledged in 2000 when he was awarded the title of ‘Player of the Century’ (to be shared with Brazilian great, Pele) by the sport’s governing body, FIFA, after topping a worldwide internet vote.

In 2010 he was named the coach of Argentina’s national team.

Who would have imagined that such a rule-breaker would even end up in such a distinguished position as national team coach?

Who would have thought that a man who has spent his entire adult life fighting against the establishment, would one day become a part of it?

The guy who once sported dinky little shorts and an afro as he scored the infamous ‘Hand of God’ goal with his clenched fist now wore a dodgy gray-flecked beard as he paced the sidelines, looking like someone who had been forced to put on a suit for a court appearance.

In the end, the 2010 World Cup ended in tears for ‘El Diego’ after a humiliating 0-4 loss to the Germans in the Finals.

After the devastating loss it was widely agreed that he was a better player than coach.

At least the nation’s citizens didn’t have to undergo the ordeal of seeing once-great footballer run through the streets of Buenos Aires naked, as he had promised to do if the Argentina team he was coaching won the tournament. But he would go on to coach other teams

He may have claimed to be off drugs but outrageous behavior was nothing new for this one-time street urchin from the shantytown of Villa Fiorito.

Maradona’s life and career was decorated with almost as much controversy as brilliance.

Diego Maradona was reckless off the field, but adoring fans all over the world prefer to focus on his on-field triumphs, which have led many to consider him the greatest player of all time, and earned him the nickname ‘God.’