Argentina is a relatively safe country for women to travel alone, yet it’s always convenient to know safety tips before traveling to another country. 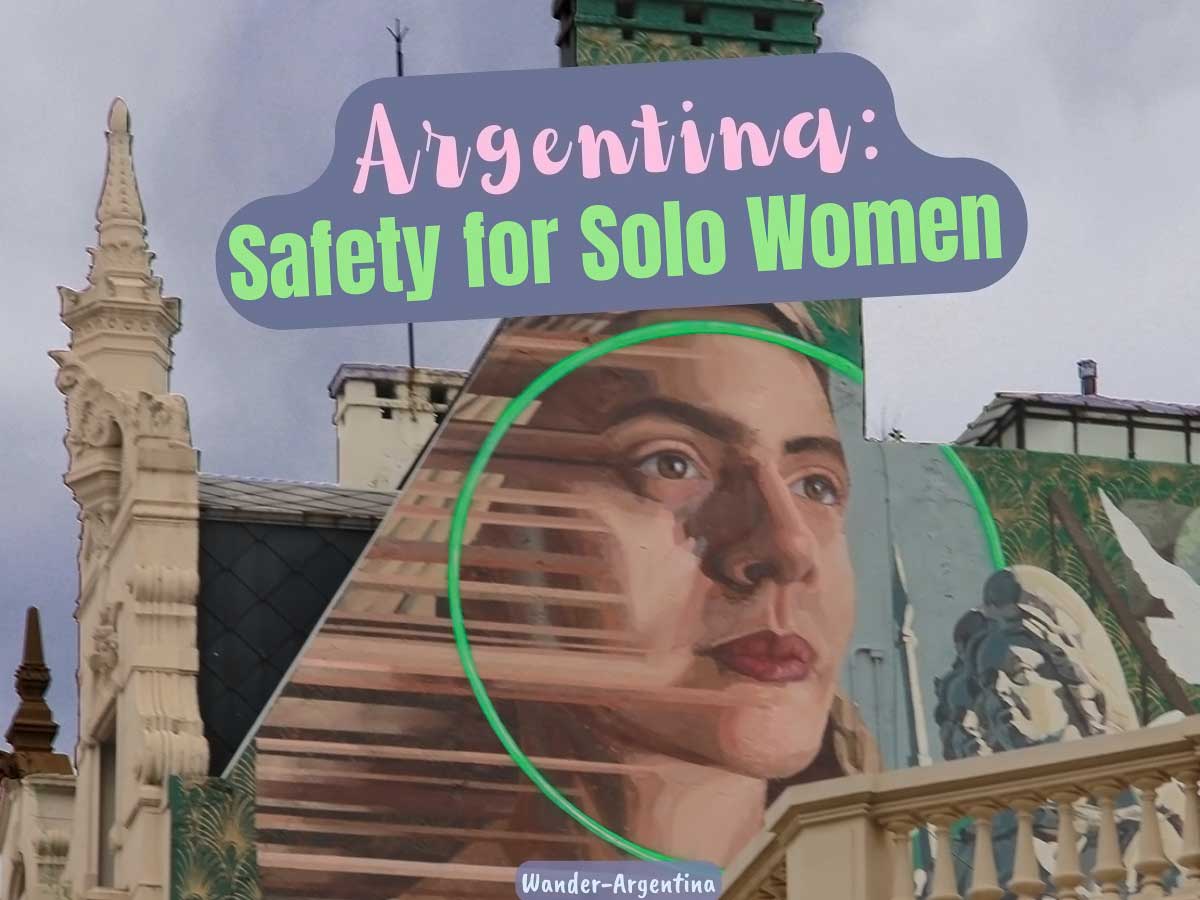 Argentina’s men have a reputation for freely expressing their appreciation for women passing by on the street and as being charming devils who will say anything to get what they want.

It is much more likely that a single female traveler will suffer minor harassment in public places— or petty theft— than an outright sexual assault.

Sexual assault statistics are notoriously unreliable but they can offer some insight.

An in-depth study conducted by World Health Organization concluded that out of a random sample of 1,000 women in Buenos Aires, 5.8% of women had been sexually assaulted in the previous five years.

This number is on par, or slightly lower, than many first world nations.

Of course there are crazy people all over the world so it is important for women traveling alone to take extra precautions.

Argentine men will come on very strong to women who they perceive that “are dressed provocatively”.

As always, the less conspicuous you are the fewer problems you will experience.

If you’re going out at night in high heels or a saucy dress, make sure your date accompanies you door to door, or you get a taxi or an

If not, depending on how safe you feel in your neighborhood, consider calling a taxi or remis or an Uber to get you safely to your location.

This is logical for another reason — with the sidewalks in such a state of disrepair in most parts of Buenos Aires and other parts of the country, sexy shoes make you vulnerable to breaking a heel or doing a face-dive, particularly in stilettos.

If you’ve never been here, you’ll see — women in heels look like they are tip toeing through a minefield on the sidewalks of Buenos Aires.

While some safety travel guides advice single women to wear a wedding ring while on the road to avoid harassment, we advice exactly the opposite in Argentina.

The reason is twofold: firstly, a wedding ring will not dissuade a great many Argentine man from approaching you, secondly your beautiful ring could make you a target for theft.

In Argentina women usually receive a simple gold band by their husband when they marry.

If you have a diamond wedding ring you will be instantly recognized as a foreigner and be more vulnerable to robbery.

If you’re married, and traveling alone or not, consider removing your wedding ring while traveling in Argentina.

Surely your darling hubby who gave you that shiny rock will understand that wearing that beautiful ring, particularly on the streets of Buenos Aires, is a danger.

Although it is not recommended to travel with any expensive jewelry, if you are headed to an event that absolutely calls for dressing up and you have an pricey piece of jewelry you want to wear, consider traveling with it in your purse.

Once at the event head straight to the ladies room to put it on.

To protect oneself against street theft, particularly in Buenos Aires, use an over the shoulder bag that can be wrapped around the body instead of a handbag or purse.

Those that close with zippers and have flap that go over the zipper like a messenger bag are a good option, especially for discreetly carrying a computer.

Those who didn’t get a theft-proof bag before leaving can find one for not much money in Buenos Aires’ Once and Abasto neighborhood.

Keep your money in the inner most pockets of your purse, or better yet in your front pocket or somewhere else close to your body to prevent being pick-pocketed.

Some people swear by a money belt and passport holder, worn on the interior of your clothing.

Others say that thin nylon pouches are awkward, give the impression that you are carrying tons of cash.

Most crimes are opportunities crimes, a travel pouch is close to your body, so it is unlikely someone would try, or be able to steal it.

The word ‘Motochorro’ is a combination of the word for motorcycle and thief.

Typically it’s two guys on a motorcycle and just grab the cellphone from someone’s hand or the purse off of someone’s shoulder before speeding off.

Read our General Safety Travel Tips to read more about that.

On our Travel Insurance Page you can see an astounding video of a motochorro attacking a Canadian tourist who had a helmet camera rolling the whole time.

Obviously this crime is virtually impossible to pull off if you don’t use your phone on the street and wear an over the shoulder bag or a money belt.

Other articles on safety: