Golf courses are bound to be both plentiful and accessible in a country known for its wide plains and abundance of grassy pastoral land. 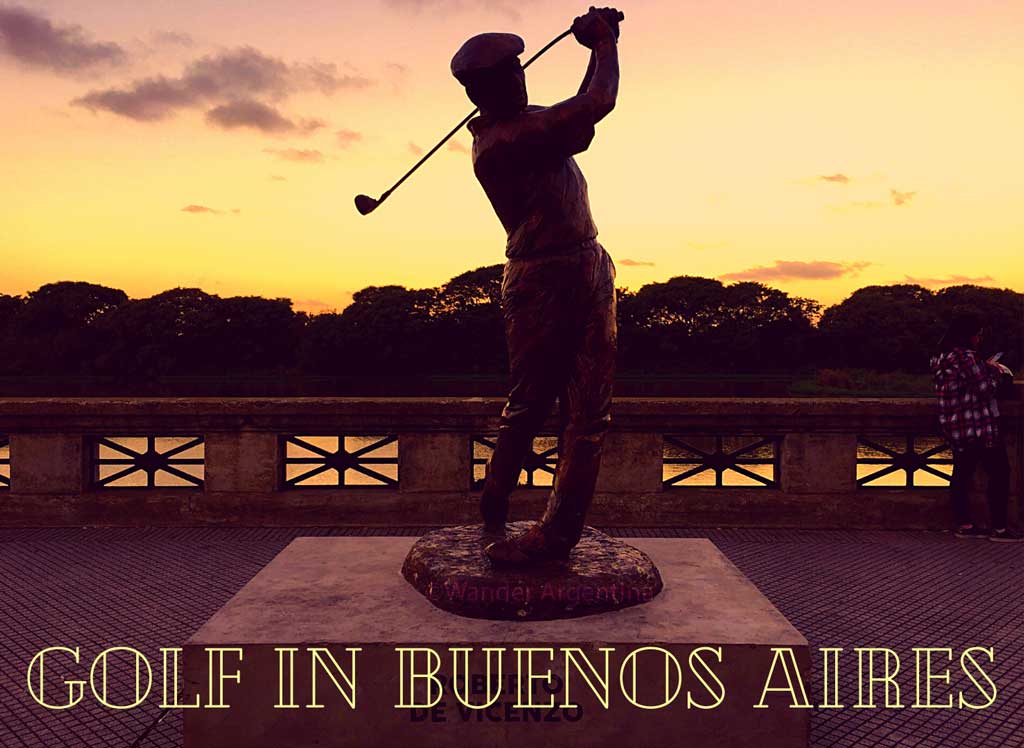 In the late 1800s the British brought golf to Argentina.

Today the country has more golf players and courses than any country in Latin America.

While Japanese businessmen are obliged to pay hundreds of dollars for a round of golf in their densely populated island, Argentineans have the good fortune to be able to enjoy 18 holes for just a few thousand pesos — even right in the city of Buenos Aires.

Greater Buenos Aires has plenty of lovely golf courses, most of them attached to fairly exclusive country clubs.

To play on these courses, you may require membership, or be expected to hand over a fairly hefty green fee.

Some clubs are a little finicky about requiring an official accreditation and handicap to play and most will want each player to have their own set of clubs.

Although these rules are sometimes relaxed a little for foreigners, the best way to play one of these courses without spending Japan-class money is to meet some locals, and get yourself invited by someone who is already a member.

The Jockey Club of Buenos Aires has courses designed by famed golf architect Alister MacKenzie, in 1930.

The nicely manicured courses have many old trees and there is a beautiful clubhouse.

Located in Martinez, San Isidro, north of Buenos Aires, this is the city’s most exclusive club.

There are with more than 7500 members from Buenos Aires’ most well-to-do aristocratic families.

After 121 years of a ‘men only’ policy, the Jockey Club finally allowed women to become members in 2021.

The Olivos Golf Club is lovely sport club that is more accessible to foreigners than the Jockey Club.

It was founded in 1926, the Olivos Gold Club originally had an 18-hole British style course in the heart of Olivos.

Due to increased urbanization, they had to relocate to the current headquarters.

The members then constructed another 18 holes at the new location, designed by Mr. Luther Koontz.

Another nine holes here were built and designed by Emilio Serra.

The golf courses are accessible and well-manicured, so there is no need to use a golf cart.

The town of Pilar’s golf club is a 40 minute drive from dowtown Buenos Aires.

It’s the headquarters of the Argentine Golf Association, the R&A governing body of golf in the world and the BlueDotPutt Golf Academy.

The 27-hole course here was designed by the Ronald Fream Plan Design Group of the United States.

The course here has a wide layout and fairways, generous and undulating greens, abundant bunkers and water mirrors.

The course in known to be a challenge for even the experienced player.

Golfers can stay at the Hilton Hotel here to use the course or try and get invited by a local.

The complex also has six tennis courts, a gymnasiam

For golfers without a local host and an invite to a private golf club, try the City of Buenos Aires Public Golf Course (Campo de  Golf de la Ciudad).

It’s an accessible course, right in Palermo and is considered one of the best public gold courses in Latin America.

To work on putting technique, have a playful date, or to have fun with the family for a few hours the Pitch & Putt Golf Center at the Costa Salguero Driving Range.

➡ Read about Argentina’s most famous soccer teams before choosing your team for life and check out upcoming games.