The 2011 Buenos Aires International Independent Film Festival will screen 426 films from April 6 through April 17 in eleven locations through the city.

The festival’s 13th edition includes 42 full-length Argentine films and 48 shorts. Two nights will be dedicated to Argentine film with a premiere of Los Marzianos, a new comedy by popular director Ana Katz. Also to be screened is the well-received 2005 film about internet dating, Medianeras by Gustavo Taretto.

Eleven films are competing in the Argentine Feature Film competition including Hermes Paralluelo’s debut film, Yatatso, about a family of cartoneros (garbage recyclers) in Cordoba.

Another highly anticipated film is the Danish documentary ‘Football is God,’ which follows three fanatics of Argentina’s beloved soccer team, the Boca Juniors.

The Black Power Mixed Tapes is a montage of Swedish archival TV footage documenting the U.S. civil rights struggle, featuring Martin Luther King Jr., Eldridge Cleaver and Angela Davis. The film is set to a score by Questlove from the hip hop band, The Roots.

Nuremberg: Its Lesson for Today, the 1948 film depicting the famous courtroom drama will show at Fundación Proa, a new venue added to festival this year.

There are three offerings by Jacques Doillon; Ponette, Le Petit Criminal and 2010’s Le marriage a trois. Swiss director, Daniel Schmid also has a heavy presence with a total of seven films in the festival. Canadian director and juror at this year’s festival, Gary Burns, known for his comedic musings on contemporary life in Calgary, has a total of six films in the festival.

Big names this year include Martin Scorsese with his documentary, A Letter to Elia, about director, Elia Kazan, maker of A Streetcar Named Desire.

Separado! is billed as a ‘psychedelic western musical’ that follows Super Furry Animal’s singer, Gruff Rhys’s as he travels from Wales to the Patagonia pampa in search of long-lost family members. From Ireland comes some existentialist animation by 2009 Golden Bear winner, David O´Reilly.

New this year are a few 3D projections including Werner Herzog’s, Cave of Forgotten Dreams. The Modern Classics segment will include 1963’s Il gattopardo (The Leopard) and a restored version of Fritz Lang’s Metropolis, accompanied with live music by a Marcelo Katz jazz trio.

Among the special events are talks with Chilean documentarist Patricio Guzmán, prolific French director Jacques Doillon and Canadian director Gary Burns. A selection of free outdoor films will be shown in two locations, 3100 Pasaje Carlos Gardel, next to Abasto shopping and in Plaza San Martín de Tours, at Eduardo Schiaffino and Posada Streets in Recoleta.

This year’s closing film is Nader and Simin, a Separation (2011), by Irani director, Asghar Farhadi. The film is this year’s winner of the Berlin International Film Festival’s Golden Bear award. 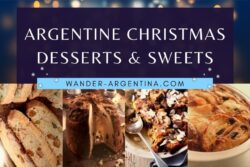 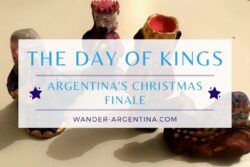 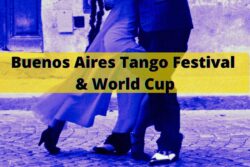