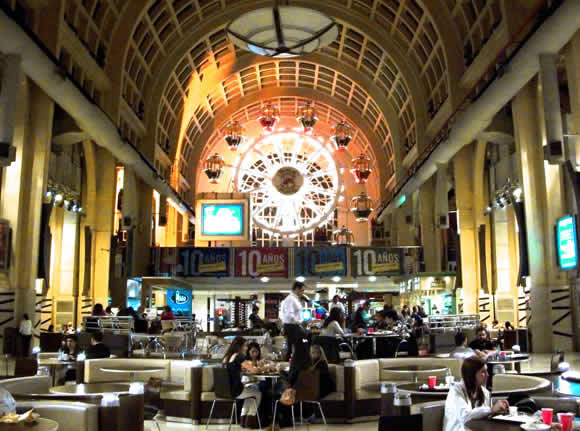 Abasto, the huge art deco style complex in the neighborhood of the same name, is Buenos Aires largest shopping mall.

The mall’s distinguished façade along Corrientes Avenue features five huge leaded glass archways that are emblematic of the neighborhood, especially when lit in the evening. Inside, a huge atrium floods the building with natural light. The centralized mall features over 250 stores, a children’s museum, a small theme park, a food court, and a cinema with 12 screens.

The unique building was originally the site of Buenos Aires’ central vegetable market, inaugurated in 1893. It slowly grew outward as the population boomed, until the original structure was demolished in the 1930’s to make room for a larger building. The current art deco structure dates to 1934 and took three years to construct.

This was Buenos Aires’ golden age — the new market included all the latest amenities of the era including escalators, phone lines throughout the building and a connection with the underground subway.

A 1952 fire in the building burned for various days but thanks to the sturdy old-world construction, Abasto survived the blaze and Delpini was able to reform the damaged parts.

A 1955 movie called Mercado de Abasto set in the mall highlights what a central place the market played in everyday life.

By 1984 Buenos Aires’ population had grown so much that housing the vegetable market in the center of the city became impractical due to the congestion the trucks caused bringing in produce in from the province. Abasto was shut down and the vegetable market was transferred to the Mercado Central in the Buenos Aires province, where it remains today.

To the dismay of residents, the one-time jewel of the neighborhood remained closed until the end of the 1990’s. During that time the neighborhood around Abasto became notorious for squats, prostitution, and drug use and was generally avoided by people who didn’t live there. 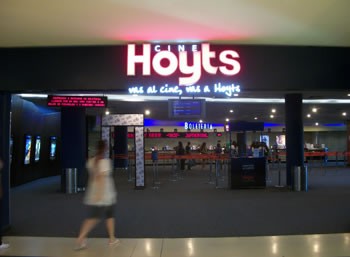 During Abasto’s nearly 15 years of hibernation, various proposals were thrown around to determine the building’s destiny while the neighborhood languished.

Finally in 1997, Hungarian-American billionaire, George Soros (who was also behind the restoration of Alto Palermo and Galerías Pacífico) purchased the building, and invested $2 million in its restoration.

The resurrection of Abasto as a shopping mall in 1998 instantly ushered in a new era to the blighted barrio, a more modest renaissance to that which took place in the waterfront restoration of Puerto Madero around the same time.

This mall has some decent shopping with international name brands such as Lacoste, Samsonite and Adidas and smaller national outlets. The movie theater is one of the city’s most comfortable and offers a range of films from Hollywood blockbusters to sentimental national productions.

The prices at many of the smaller stores tend to be more reasonable than those at other malls such as Galerías Pacífico, but a costlier than at the maze of street-side stores in the surrounding neighborhood, which carry similar merchandise. 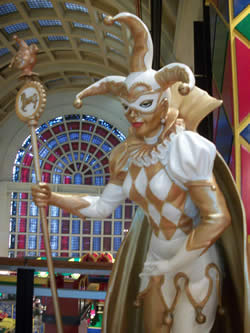 Abasto Mall is a mall designed with kids in mind.  In addition to the celebrated Children’s Museum, there’s an arcade and a small indoor theme park with a Ferris wheel that spans all three floors.

The food court offers the usual parilla, pasta, pan-Asian offerings and claims fame to the only Kosher McDonald’s outside Israel, a hangout for the Orthodox fast food lovers among the neighborhood’s surrounding Jewish community. There is also a Kosher Empanada outlet here.

One of the nice things about Abasto Mall is that thanks to its vastness and open construction, it never seems to get really crowded. Even at Christmas time when parents bring their kids here to see Santa Claus, things are quite relaxed.

• Underground parking
• If you spend over a certain amount in any store marked ‘duty free,’ ask for your receipt so you can get a refund on the taxes on your way out of the country.
• If you are staying in a hotel, call the mall for a free ride from your hotel to the mall. To be driven back to your hotel until 7:00 p.m., ask at the mall’s service stands.
• On Wednesday, movies are half price.