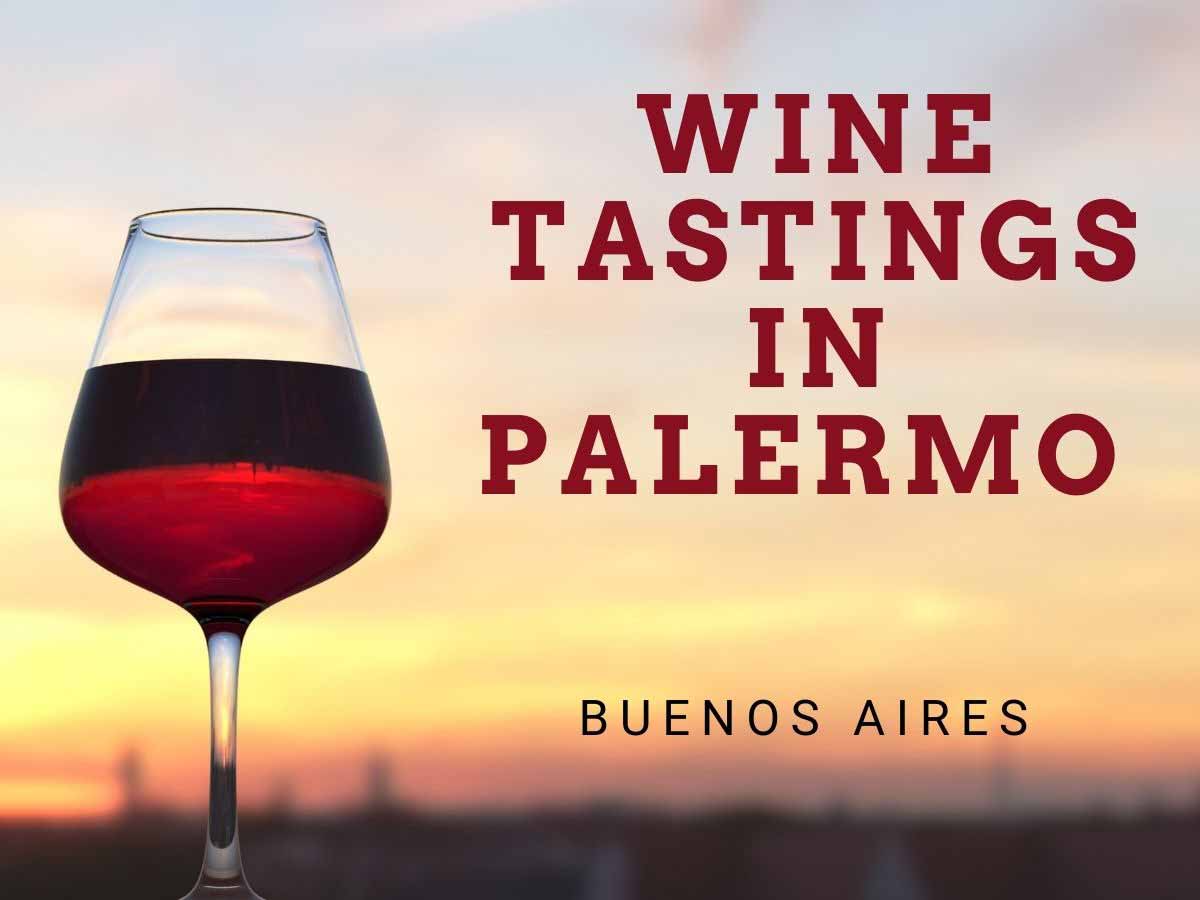 The emergence of the Argentinean wine industry on the international scale only began in recent decades.

Before the 1990s, Argentina produced mostly low-quality to mediocre table wine for the domestic market.

This is why adding ice cubes to the Malbec or making a red wine spritzer remains an Argentine lunchtime standard — it turns out soda water makes house wine pretty passable.

When government policies allowed Argentine wine makers to more easily export their wine in the 90s, Argentine viniculturist started to realize they were sitting on a potential goldmine — Argentina’s diverse geography means there are regions throughout the country appropriate for grape growing, most notable sunny provinces around the Andes such as Mendoza and in the Argentine northwest.

While Argentina was the fifth largest wine production industry ten years ago, it has now fallen behind Australia to sixth place.

The Argentine wine making industry has great potential but is hampered largely due to government policies that make it difficult for small producers to compete.

⇒ Book The Malbec Trail of Palermo wine tour or check out our other food and wine tours.

The Reds: Malbec, Bonarda and Beyond

Argentina is most known internationally for its vino tinto or red wine.

Each selected wine is carefully paired with an hors d’oeuvre, or tapas, as they are called in Argentina.

The accompaniments help to bring out the unique qualities of each wine and get any hobby chef’s mind racing for special dinner party ideas.

A typical tasting usually starts off with a white wine such as an espumante, or sparkling variety and moves onto more white wines, before heavier red wines.

A tasting of Argentine wine will always involve a superior Malbec , which captures the largest portion of Argentina’s red wine market.

Since 2010, Argentina’s Malbec production has more than doubled.

Today, three quarters of the world’s Malbec is produced in Argentina and it is considered the quintessential Argentine red.

Malbec, a grape which never took off in its native Bordeaux, turns out delicious in Argentina when cultivated in sunny, high altitude growing conditions with high quality snowmelt from the Andes mountains.

Malbec is lighter than a typical Cabernet Sauvignon, but not as sweet as some Italian reds.

It has notes of berries and plum and is more pungent than a Merlot.

One of the best things about Malbec is its astringency is thanks to its many tannins.

Tannins hinder oxidation in the body, so Malbec can be touted as one of the ‘healthiest’ red wines.

It’s important to go for decent quality Malbec though — low quality wine with high tannins can cause allergies and migraines for those who are susceptible.

But the red wines of Argentina go way beyond Argentina’s most popular wine.

Delicate blended varieties made with Malbec make up some of the best wines in Argentina.

Bonarda, (Douce noir) better known to Californian wine drinkers as Charbono, became Argentina’s second most popular grape. This vine was used for years in Argentina and assumed to be Italian, (Bonarda del Piedmont) until someone discovered in 2009 that it was actually Corbeau Noir from Savoy in the French Alps.

Argentina produces the bulk of the world’s Bonarda, and the vast majority is grown in Mendoza, although some is cultivated in San Juan. It is robust, juicy and slightly fruity with a long after taste. Bonarda Argentina makes wonderful blends with Malbec. Visitors to Argentina definitely can’t miss Bonarda with a meats and other savory dishes, even Italian foods such as pastas and pizzas.

Cabernet Sauvignon, the king of the red wines elsewhere, represents only seven percent of the vines grown in Argentina. Originally from Bordeaux, France this vine adapts well to the climate of Mendoza, where most of it is grown. There are some velvety stand alone Argentine Cabernets. Most are boutique wines but there are some made by well-established markers such as Catena Zapata. Cabernet Sauvignon is added to many red wine blends, ending up in 15% of all of Argentina’s wine.

Argentina also produces Merlot, another easy to drink red wine. This vine is originally from the southwest of France and adapted well to Argentina’s climate. It is a full-bodied wine with notes of berries or plums. It is mostly grown in Mendoza, but has surprisingly adapted well to some cool areas of Patagonia. Because it can be a bit stringent on its own, it is usually used in Argentine red wine blends.

Syrah is the same grape as Australia’s Shiraz, Syrah is another grape whose cultivation has increased significantly in recent years. Malbec-Syrah blends are a standard dinner choice in Argentina. Syrah adds to the personality of a Malbec, rounding it out with plumy, oaky notes.

Australians who like their Cabernet-Shiraz blends should go straight for the Malbec-Syrah. Syrah is also used in the production of Rosé wines, which are great in the dry summer days of Mendoza and San Juan, where Syrah is produced.

Pinot Noir gets short shrift in Argentina, mostly because it takes a lot of searching to find a good one on the shelves in Argentina.

But viniculturists are only beginning to discover Pinot’s potential in different growing regions of Argentina.

It’s cultivated in Rio Negro, Neuquén and Chubut in Patagonian but also in Mendoza. One of the largest wine producers in Argentina, Rutini produces Pinot in the Uco Valley. Their earthy, medium body Pinot Noirs with berry tones, have won various wine awards, for their 2014 and 2016 Rutini Anthology L variety.

The most popular grape in neighboring Uruguay, Tannat is overshadowed by other reds in Argentina.

It mostly finds its way into Cabernet or Merlot blends because of its high tannin levels.

The white wine market, making up 20% of Argentina’s wine industry, is underdeveloped in Argentina but has a lot of potential.

Part of the reason that red wine takes center stage in Argentina is because of the meat-heavy diet.

An Argentine wouldn’t be caught dead bringing a white wine to an asado (barbecue), and in fact it might even be considered an unusual choice to bring to any dinner party.

White wines on the grocery store shelves of Argentina are often blend of three, four or even five grapes such as Pedro Giménez, Cereza and Criolla Grande to make an unspecified white sold as ‘vino dulce‘ and also exported for the worldwide wino market.

Since grapes such as torrontés require careful wine making practices, smaller wine makers are more hesitant to gamble on white wine that can easily become too alcohol-intense and acidic.

Nevertheless the cultivation of white wine is moving into new regions such as the Atlantic coast, with increased cultivation of Chardonnay to meet worldwide demand.

Torrontés is a lovely white wine made from the native grape of the same name. The variety is a happy surprise of the wine world that a vintner discovered growing in their vineyards. It is Argentina’s only original homegrown white.

Jesuits produced this wine since coming to Argentina, but until the last few decades the wine making industry in Argentina was fairly basic and produced mostly for domestic consumption. Though it was grown widely, growers thought that Torrontés was a variety from La Rioja, Spain — not an original Argentine variety! Despite the name, Argentine Torrontés is not related to Galician Torrontés.

Torrontés Riojano the cross of two grapes (Muscat of Alexandria and Criolla Chica) is considered the most aromatic variety among the three and is the most widely cultivated.

Fruity and floral, it’s a versatile dry white wine that can be paired with fish, white meat and spicy vegetable dishes.

Torrontés is cultivated primarily in the provinces of Salta, Tucumán, Catamarca, La Rioja, Mendoza and San Juan but growers further south in Patagonia grow it too. The dry wine is perfect for the the hot days and to accompany the famous spicier empanadas from these regions.

After trying a clean, aromatic Torrontés, those who usually reach for the Pinot Grigio or Chardonnay may become avowed converts to Argentina’s signature wine.

While only making up about 20% of the white wine sold in Argentina, La Rioja is the main producer of Torrontés, but most visitors to Argentina don’t make it to the region.

The elevation, sandy soil and dryness of the Salta region is especially accommodating to producing nice Torrontés. Grapes planted in the Calchaquíes region are resulting in superior Torrontés which draw wine lovers from around the world not only for the wine, but the magical landscapes.

Also popular are the Torrontés from the Uco Valley, a wine growing region that snakes along the Tunuyán River in Mendoza.

Produced mostly in the Uco Valley of Mendoza but also in the southern Patagonian Chubut province, Chardonnay is second to Torrontés in terms of amount produced, mostly because of international demand.

It’s a favorite among wine drinkers for its citric fruit and honey notes with not too much acid. Terrazas de los Andes Grand Chardonnay 2018, won over all Torrontés varieties to be named the best Argentine white wine in 2020.

Muscat, or Muscatel is made from one of over two hundred varieties known as plain old green grapes. This variety was used by Jesuits to make their sacramental wine and is one of the ‘parent’ vines that produced Torrontés.

Moscato Argentino is too sweet to be taken seriously, but it does have a place in Argentine folklore. In the early 20th century hungry hard-working immigrants would head to the classic pizzerias of Buenos Aires Pizza, for ‘Moscato, Pizza and Fainá’ specials — a large glass of the sweet wine, and two slices of pizza, topped with fainá for a quick lunch at the standup counters.

Wine tastings in Buenos Aires are appropriate for experienced vino aficionados and those just learning their wine ABC’s – that’s ‘Anything but Chardonnay.’

They are also an excellent primer for those planning to head to Northern Argentina to explore the over one hundred bodegas spread across Mendoza and Salta, where the Torrontés of Cafayate entices visitors.

Hosts are happy to give neophytes wine tasting tips, discuss the basics of Argentine wine production and throw out interesting anecdotes for more experienced connoisseurs.

Visit an authentic local wine cellar in Palermo, run by an expert sommelier. Learn everything there is to know about Argentina’s best wines in a comfortable, laid-back environment.

A personal introduction to Palermo Soho on a guided walking tour, followed by an extraordinary Malbec wine sampling and fun empanada cooking class.

A fun small group tour, this is a full-day excursion to enjoy gaucho activities, including horseback riding, lunch, and a wine tasting at Santa Susana Ranch outside of Buenos Aires with a visit to Bodega Gamboa.

→ To save money, work with a local travel advisor to bundle a wine tasting with three or more activities. Get in touch through our contact form for personalized help organizing your trip!