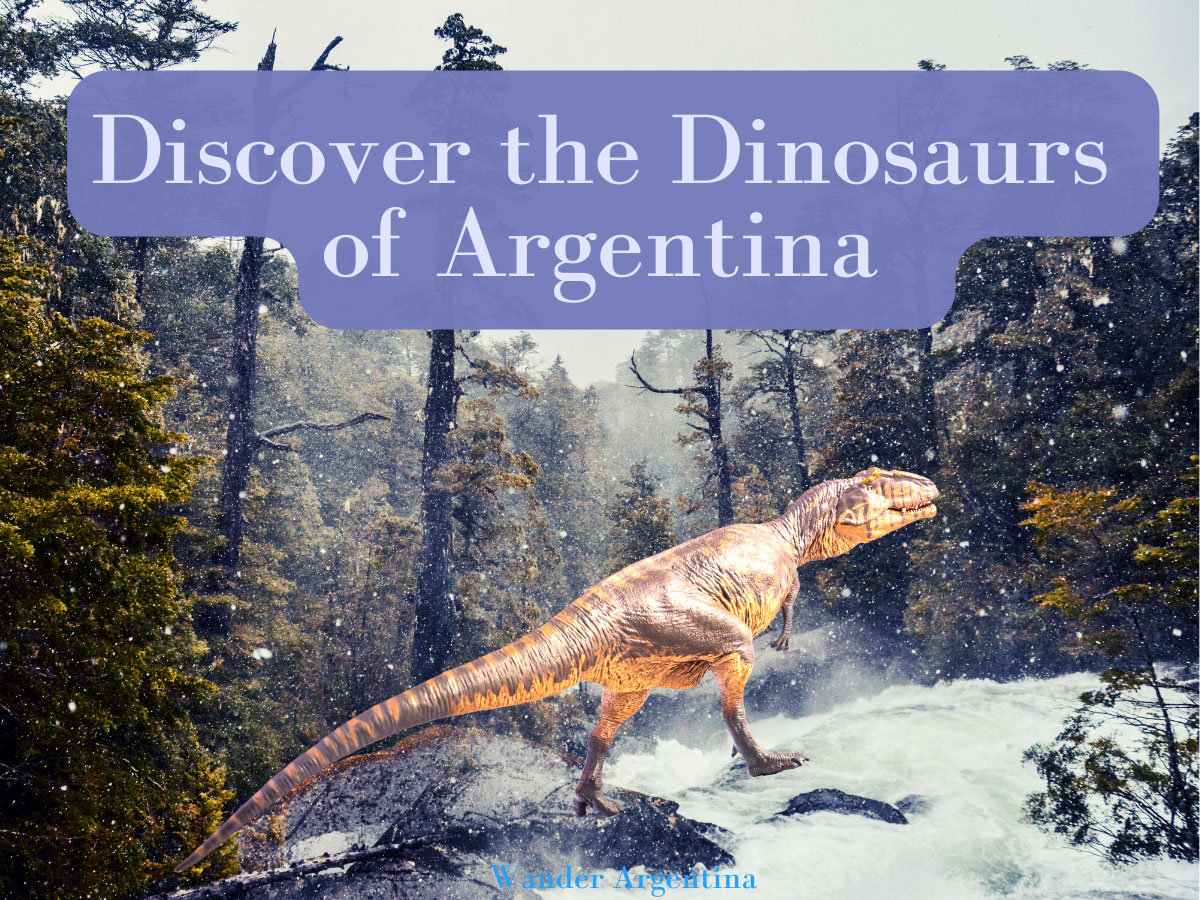 The museum is entrusted with the protection of the archaeological and paleontological heritage of the country and serves as the registry of paleontological sites, collections and remains.

The history of man in Argentina is well-documented – it dances through the colorful streets of La Boca, whispers in the walls of Recoleta cemetery and stands proudly in monuments across the country – but what’s if it’s natural history you’re after?

At the Bernardo Rivadavia Natural Science Museum visitors can discover the dinosaurs of Argentina and learn about exotic aquatic life in Antartica.

It’s central location in Buenos Aires’ Parque del Centenario, makes it an easy added excursion to a day out at the park.

History of the Natural Sciences Museum

In 1812 Bernardino Rivadavia – at the time an important government minister, and later the first president of Argentina – called for the provinces to collect materials to create a natural history museum.

Over the next 125 years the gathered objects were housed within in a convent, the historical manzana de los luces (block of lights) and in buildings around a square in Monserrat.

A building specially designed to house the artifacts was finished in 1937 and the collection was moved to its current location in Parque Centenario.

Details such as stone owls watching over the first floor windows, bronze spider webs adorning the doors and mollusk shapes in the banister reflect the building’s suitability to its purpose.

Dinosaurs and other prehistoric mammals

The MACN’s star attractions are the impressive looming dinosaur skeletons in the spacious paleontology room.

One of the most striking displays is the spiny amargasaurus cazaui, a 10-metre-long skeleton discovered in Neuquén province.

All of the dinosaurs on display are native to Argentina.

Displays explain how the creatures lived and when and in what regions they were found.

It was found in the Neuquen province and lived during the early Cretaceous Period.

Even though they were herbivores they grew up to ten meters (thirty fee) in length.

Small children can pretend to be archaeologists by excavating fake remains from a sandpit.

The number of fossils dug up from underneath Buenos Aires exceeds the amount of dinosaur remains found in the whole of Patagonia.

Argentinosaurus huinculensis was one of largest known land animals to ever have lived.

A lot of large creatures used to live in Argentina and the country even has its own dinosaur genus:

Skeletons of prehistoric mammals such as the South American toxdon, comparable to a modern-day rhinoceros, and the glyptodont, a primitive armadillo, are on display.

Short videos on flatscreen TVs give general information and reconstruct the excavation of these creatures, found when building the Buenos Aires subway, the port and what is now nearby Abasto shopping mall.

Plans are in place to expand this section of the museum to include exhibits on invasive species and the early American man.

In 2019 archaeologists from the National Scientific and Technical Research Council made an exciting new discovery in the Sante Fe province of Buenos Aires.

It was between nine and 10 meters (29.5 —32 feet) long and lived during the Cretaceous period.

They discovered an entirely new species: a mega-raptor dinosaur they named Maip Macrothorax.

‘Maip’ is the name of an evil spirit of native Tehuelche mythology. Macrothorax makes reference to its distinguishable large thorax.

Argentine palaeontologist Aranciaga Rolando said at the 2022 unveiling of the discovery that they were able to recuperate a large number of fossilized bones, which can now be viewed at MACN. (Although they will be loaned to Japan for an exhibition there in 2023).

While the ‘Maip’ dinosaur was a carnivore and had 60 impressive teeth the spikey-ended front limbs of the Maip were its real killer weapon that kept it at the top of the food chain.

Directly opposite the museum’s entrance is the geology room, containing rock samples, a large model of the globe and a small planetarium that replicates the night sky from any place on earth.

The aquarium is largely empty while the Antarctica room is packed with displays of model penguins and sea lions, preserved fish in jars, and the enormous skull of a sperm whale found in the South Atlantic Ocean.

Visitors can take a break at the retro bar temático (thematic bar), though should not be fooled by the name.

Besides the room’s focal point – a large plastic shark hanging from the ceiling – the ‘bar’ consists of red plastic tables and chairs and a couple of vending machines.

The History of Science, Birds, Arthropods, Reptiles and Animal Idioms

Head upstairs for a journey through the history of science.

Old-fashioned TV screens with 60s–style presentations, a colorful timeline on the floor and stand-alone posters tell its story.

Here visitors can learn about Argentina’s connection to Charles Darwin, who passed through the country on his famous expedition on the Beagle, and Albert Einstein, who gave conferences in Buenos Aires during a 1925 visit.

There are also biographies of Argentine scientists such as Nobel Prize winning Bernardo Houssay and Luis Federico Leloir.

The rest of the floor exhibits bird, arthropods, mammal, reptile and plant species. Both bird and mammal rooms have skeletons of extinct and living species, plus stuffed animals in replicas of their preferred habitats.

In the amphibian and reptile room, jars full of coiled snakes and bulbous looking frogs line the shelves.

Rows of glass cabinets in the arthropods room are filled with tiny beetles, butterflies and bees along with educational information about the species and their role in the ecosystem.

Spanish learners should look out for the ‘dichos argentinos’ display in the reptile room.

It lists popular Argentine idioms related to animals such as:

There are three temporary exhibition rooms in the Natural Science Museum, one of which is specifically for artists.

It is meant for those whose work is related to the natural world or science, through the mediums of sculpture, photography  and other visual arts.

Buenos Aires’ Museum of Natural Sciences isn’t modern, but it is well maintained, and its old-school display cases retain a kitsch charm.

While perfect for children or adults fascinated by dinosaurs, nature and science, it is not for the squeamish.

Anyone who finds stuffed birds or pickled snakes creepy is advised to carefully choose the rooms they visit.

Like at most national museums in Argentina, entrance fees are low.

Information on exhibits is in Spanish only.

Guided tours are available in English or Spanish, but must be booked in advance. —Rosie Hilder