Biking is an excellent way to see Buenos Aires. 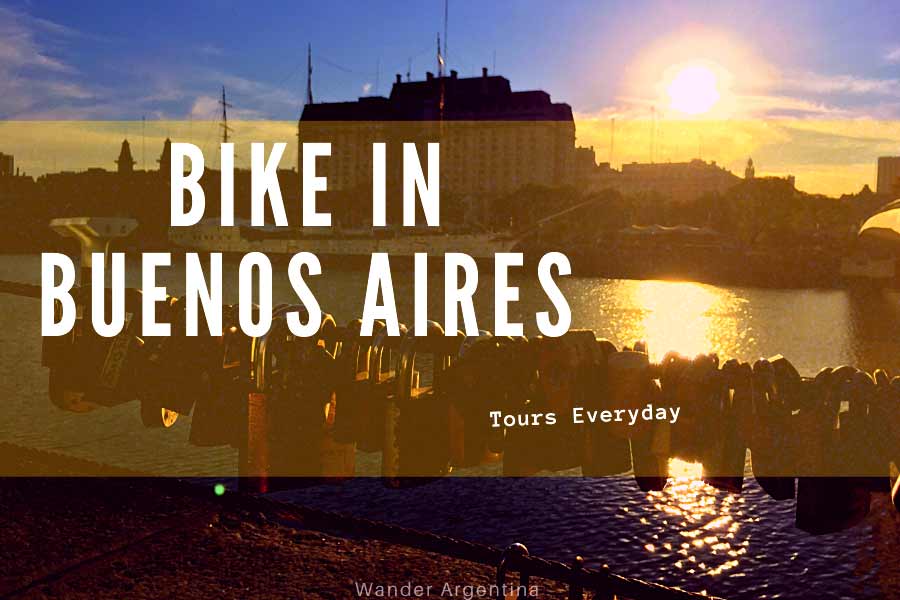 La Boca, Recoleta, Puerto Madero or Palermo — many of the city’s neighborhoods are perfectly suited for bike riding.

Buenos Aires is a flat, pretty city, so peddle power is a fast and easy way to get around town.

There’s a good reason that so many Buenos Aires food delivery services and couriers get around by bike — it’s often the fastest mode of transport in a sometimes cluttered city that can get chocked with traffic.

While no one would recommend mimicking the bike delivers’ behavior, hopping up onto sidewalks to avoid traffic congestion and sending pedestrians scurrying out of the way, or riding nonchalantly the wrong way down a one-way street.

But everyone agrees, bikes means less traffic and less pollution for everyone.

The number of bike commuters in Buenos Aires has increased exponentially in recent years, as the city government created bike lanes covering 130km through the city and even set up a bike sharing program called EcoBici.

During the pandemic, Buenos Aires’ need for more biking infrastructure became apparent, as many were relying on bike messengers and home deliver of groceries and meals.

In 2020 the city approved 17km of additional lanes connecting the neighborhoods of Villa Crespo and Chacarita with Microcentro (downtown).

More streets were altered to be pedestrian and bike priority, including important Avenues such as Corrientes (famous for its theaters, pizzerias and bookstores) and Córdoba.

Thanks to these efforts, biking is safer than ever in Buenos Aires.

With the city encouraging biking with the bike sharing program and bike lanes throughout the city, bike tours have become a popular way for visitors to become acquainted with Buenos Aires in a more intimate way.

Hotels are getting on the bike bandwagon as well, such as ‘Ecohotel’ Casa Calma which provides cool-looking bamboo bicycles for guests.

Digital nomads might want to purchase a used bike if staying for a while. A used playera (cruiser bike) will cost about US$80.

If you’re only in town for a short while and want to check out the city on two wheels, taking a bike tour in English or Spanish provides a fun and economical way to be guided through the city.

A Southside tour covers areas closer to downtown such as San Telmo, La Boca, Puerto Madero and the Ecological Reserve for a yerba mate break of Argentina’s favorite hot beverage and a snack.

If you haven’t tried yerba mate, you have to try it in Argentina!

The Northside tour explores leafy Recoleta, including a stop at the city’s most prestigious cemetery, Palermo, including the Bosques de Palermo (Palermo Forest) for a mate pit-stop.

Both tours are pretty easy going, so those who are a bit out of shape don’t need to worry they will be left behind.

On weekends and holidays, visit the peaceful suburb of Tigre for some bike riding and check out the islands of the Delta Tigre for lunch.

Upon return to the mainland, take a leisurely ride by local attractions, including a visit to the Puerto de Frutas.

⇒ Check out all the Buenos Aires bike tours

⇒ The five-star reviewed premium bike tour with lunch promises visitors many of the city’s highlights: